Electrical current is actually the movement of electrons flowing along a conductor in much the same way as water flows through a pipe. The same fundamental principles apply in the same way: the bigger the pipe, the more flow it can handle. Conversely, smaller pipes can handle small supplies. This is the principle behind resistance.

Electrical power is measured in watts. In an electrical system, power or watts (W) is equal to the voltage (V) multiplied by the current (I). 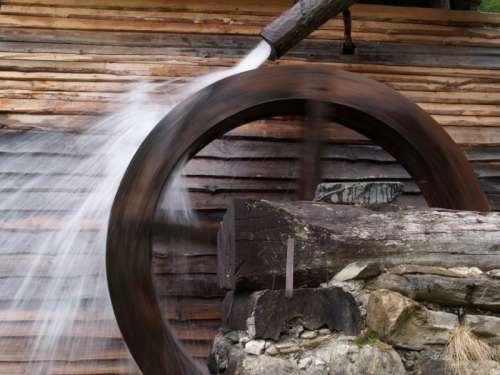 The maximum current in amps that a conductor can carry without exceeding its maximum temperature rating.

Utilization equipment that performs a function such as clothes washing or air conditioning.

Arc-Fault Circuit Interrupter AFCI is a device that provides protection from the effects of arc-faults by recognizing arcing and deenergizing the circuit when an arc-fault is detected.

American wire gauge (AWG) is a standardized wire gauge system used since 1857 predominantly in North America for the diameters of round, solid, nonferrous, electrically conducting wire. The cross-sectional area of each gauge is an important factor for determining its current-carrying capacity. Increasing gauge numbers denote decreasing wire diameters.

AWG tables are for a single, solid, round conductor. The AWG of a stranded wire is determined by the cross-sectional area of the equivalent solid conductor. Because there are also small gaps between the strands, a stranded wire will always have a slightly larger overall diameter than a solid wire with the same AWG.

A branch circuit are the conductors between the final overcurrent device protecting the circuit and the outlet(s).

A cabinet is a mounted enclosure with a swinging door.

A device designed to open and close a circuit by non-automatic means and to open the circuit automatically when there’s an overcurrent.

A measurement of the rate of flow of electricity through a conductor. Current is measured in amps.

A dead front is without live parts that are exposed to someone on the operating side of the equipment.

A unit of an electrical system, other than a conductor, that is intended to carry or control but not utilize electricity. Examples of devices are switches and thermostats.

A device by which the conductors of a circuit can be disconnected from their source of supply.

In North America, conductors larger than 4/0 AWG are generally identified by the area in thousands of circular mils (kcmil), where 1 kcmil = 0.5067 mm². The next wire size larger than 4/0 has a cross section of 250 kcmil.

Ground-Fault Circuit-Interrupter GFCI is a device that protects a person by deenergizing a circuit when a current to ground exceeds the value for the device.

Line refers to the incoming power. The line side of the equipment will be where the source of the power is terminated.

Load refers to the outgoing power.

An outlet is a point on the wiring system where current is taken to supply equipment. Examples of an outlet are receptacles, light fixtures, smoke detectors and appliances. A switch would not be an outlet, because no current is taken at a switch. Current simply passes through a switch.

A panelboard is a single panel, including buses and automatic overcurrent devices, and equipped with or without switches for the controlling of light, heat or power circuits, and is mounted in a cabinet, and is accessible only from the front.

A receptacle is a contact device installed at the outlet for the connection of an attachment plug.

An outlet where one or more receptacles are installed.

The conductors and equipment for delivering energy from the service utility to the wiring system of the home.

SE Cable stands for service entrance cable, which is not commonly used for service cable any longer, but is used for branch circuit and feeder wiring in homes. SEU is an SE cable and the U stands for underground. SEU cable is identified for underground use. It has a moisture-resistance covering. SEU cable will usually contain three conductors, two of which will be insulated and one will be a bare equipment grounding conductor. SE cables are jacketed with gray, sunlight-resistant polyvinyl chloride.

AMPS MEASURE CURRENT: The volume of the current (the number of electrons flowing past a given point per second) is measured in amperes, or Amps.

VOLTS MEASURE PRESSURE: The pressure under which electricity moves is measured in volts. Electricity arrives at household circuits at a “pressure” of 120 or 240 volts.

WATTS MEASURE POWER: Power is measured in watts, and you can compute wattage by multiplying amperage and volts.

All electrical systems require a means of disconnection so that the service can be shut down quickly if any dangerous conditions exist. In this section, we will look at the types of disconnects, and the common problems that need to be reported.

The service equipment is the necessary equipment, usually consisting of a circuit breaker(s) or switch(es) and fuse(s) and their accessories, connected to the load-end of service conductors to a house, and intended to constitute the main disconnecting means for service. The disconnecting means for service should be located outside or inside the house as close to the point of entrance of the service conductors as possible. The service equipment must be identifiable and marked as a service disconnect. A common service size for a single family house is 200 amps. And the main 200-amp breaker located at a main panelboard would be the main disconnect for the service.

Types of DisconnectAs discussed, different systems are in common use today, depending on the age of the property:

Again, the rating (or fuse or breaker size) of the disconnect relates to the total amperage available within the home. If the main disconnect is, for example, rated only at 100 amps, it doesn’t matter that the SECs are rated for 200 amps.